because we don’t want to forget

It is a heterogeneous collection of antiques, weapons and images from the First World War found on the Ortles-Cevedale front as witness of the long and hard-fought ‘White War’ which Val di Pejo was theatre of. 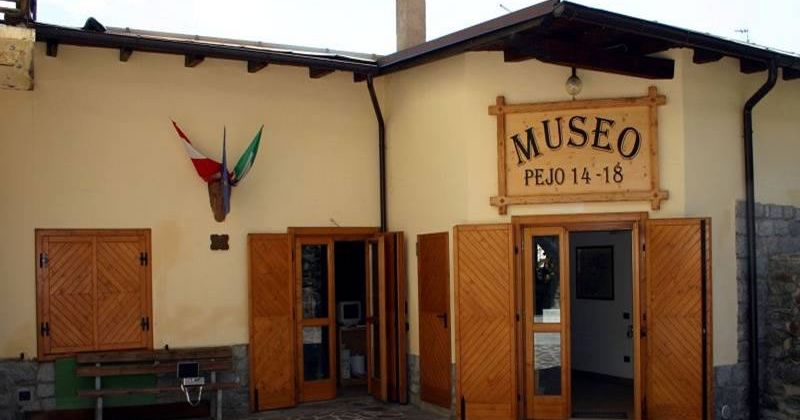 In the museums rooms it is possible to visit:

In the museum you can also find a rich collection of volumes telling the story of the territory, a series of diaries and memoires of soldiers and civilians, documents describing the finds, and a video archive dedicated to the First World War.

An open air museum located at an altitude of 3.632 m asl

During The Great War Punta Linke (3.632 m), located in the Ortles-Cevedale mountain range, was one of the most important and strategic austro-hungarian posts in the whole front. With its double aerial ropeway installation, it was connected with the valley floor of Val di Pejo on the one side and with the “Coston delle barache brusade” on the other, towards Palon de la Mare, in the heart of the Forni glacier. The nearby Rifugio Vioz was the headquarter of the military command.

After the war, Punta Linke was abandoned but thanks to the ice and to the particular weather conditions the whole posts system has been preserved.

Since 2008 a research program, coordinated by the Office for Archeological Heritage of the Cultural Heritage Superintendence of the Autonomous Province of Trento in collaboration with the Museum “Pejo 1914-1918 La Guerra sulla Porta”, has allowed to save this extraordinary memory heritage thanks to an exceptional high-altitude museum which you can visit accompanied by a guide.

The direct experience of these living history witnesses is not only of big interest but it also causes great emotions, reinforced by the fact that the relics of the dramatic White War are located at an altitude of 3000m, which makes this site unique in Europe.

Pejo Spa open from 6 to 8 December and from 20 December to 13 April… See the opening hours divided by period!

Available for iOS and Android

Download the free mobile app in order to easily find contents, news and useful information about the spa offers.

Full day program for a total wellness experience tanks to the beneficial properties of Pejo waters!

Recover your psycho-physical wellness thanks to the healthy properties of our thermal waters!

Absolutely not to be missed…

You may reduce the dysfunctions, of both severe and chronic nature, of your muscular-skeletal apparatus.

Interactive map of the Val di Pejo including the local villages, the MTB itineraries, the paths and the main information about the services provided.

Water is the best asset of Val di Pejo